Biggar RFC is a welcoming club for all interested in sport and with rugby its particular focus.
Biggar RFC is based at our Hartree Mill site and is a focal point for our local athletics and football clubs, making BRFC a true Community club. The clubhouse facilities are well used by the club for pre- and post-match entertaining and social events but several other local groups including Biggar Young Farmers, Guides, and Scouts are frequent visitors while other groups such as Dog Shows and Tug-of-war are welcome at the club.
Over the relatively short number of years it has existed it has integrated well into the life and fabric of the town of Biggar and the surrounding area. Reflecting this, members and players are drawn not only from Biggar itself but also from the towns and villages that make up the large rural area of Clydesdale and beyond. Throughout its catchment area, the club receives great support and sponsorship from residents and many elements of the business and farming communities.
One Club, One Family is our strapline and this could not be any more appropriate given that we cater for boys and girls, Mums, Dads, brothers, sisters, aunts, uncles, Grandpas, and Grandmas!

What’s ON Offer?
The club has three adult mens teams, a Ladies XV, A Biggar Bairns pre-school club (for ages 3-4), a Mixed Micro side (P1-P3), Mini sides at P4-P7, Girls’ teams at U12, U14, U16 and U18, and Boys teams at U13, U14, U15, U16 and U18 (two U18 sides). This is a total of 19 sides playing rugby of a weekend.
With our adult players and over 250 school age playing members, the club plays various age group fixtures each weekend at clubs and locations throughout Scotland. This is made possible due to the dedication and efforts of a large number of coaches, parents, volunteers and helpers, without whom the club could not function as it does today.
The club operates an Academy programme which runs post school sessions for youngsters. This is managed by Nic Humphries whose experience ensures all involved gain expert input on fitness, skills, health and nutrition.

The Club benefits from a relaxed and welcoming environment. Adult and Colts train on Tuesday and Thursday evenings and usually play on Saturdays. Secondary school children and girls train on various nights and usually play on Sundays. Primary school girls and boys train and play on Sundays although some sections also train midweek. We have a budding Ladies section who now train on Tuesday and Thursday evenings.

Biggar Football Club, junior and senior, both train and play at Hartree Mill, utilising the pitches which are the envy of many teams from the Border league.

The club also provides the use of its facilities from time to time for representatives from various other sports and leisure groups within the community, ranging from local schools, Young Farmers Club, Brownies and Scouts to sports clubs such as athletics and cricket.
Whether you or your family wish to join our vibrant club, to play or to watch rugby at any age group or if you wish to use our facilities for some other sport or event, come along and talk to us.
You will always get a very warm welcome at Hartree Mill, Biggar.
Anyone looking for a friendly, ambitious and dynamic sporting organisation which caters for all ages and sexes, need look no further than Biggar RFC .

Sadly Covid took over a couple of weeks following this achievement and then the SRU declared the season null and void, depriving the club of the title and promotion.
A lengthy battle ensued as the club, under the guidance of Secretary Mike Booth, fought bravely to have this decision over-turned. After succeeding in organising an SGM, the club’s attempts to have the decision over-turned fell as the votes cast by clubs were insufficient to have this happen.
The restrictions placed on sports and the world means that there was no meaningful rugby in season 2020-21 and so the club began preparations for the resumption of play for 2021/22.

The season ended in disappointment at 1st XV level when having been league leaders for much of the season the matches against Heriots and Gala both ended in defeat, meaning that there was only a top 3 finish for the side. It’s easy to make excuses but a number of crucial early season injuries followed up by a 3 point penalty incurred because of injuries to front row players and then a couple of lapses in concentration at important points led to the upsets.

Having said all that the club finished the season on a real high with selection for Scotland Sevens, 6 Nations and then Commonwealth Games squad for Emma Orr and also the success of the Ladies XV who not only gained promotion to the National League but also claimed the National Plate. The final was played at BT Murrayfield in front of a hugely excited and typically supportive Biggar crowd.

Emma’s selection was richly deserved as she had dominated league matches at club level and shone in her first outings with the senior Scotland Ladies squad, travelling abroad to participate in the Europe Rugby sevens programme. Her first full ‘cap’ was presented to Emma after the Scotland/Italy match played at Scotstoun Stadium.

There was great delight when, after her displays in the 6 Nations she was allowed to play for the club side in the Plate Final where needless to say she did much to control play.

The club embarked on a new project at the tail end of the 2021/22 season when the spectator shelter was extended and a new enhanced video platform was added. By the autumn it is anticipated that the club will have installed photovoltaic panels on the clubhouse roof to take the first steps to make the Hartree Mill grounds carbon neutral. The addition of a battery store to store the electricity generated by the panels will also include new water tanks to increase the amount of hot water available post match. A further 2 changing rooms, referee changing and equipment store will also be included in the build while a tractor and machinery store is also being constructed between pitches 1 and 2. 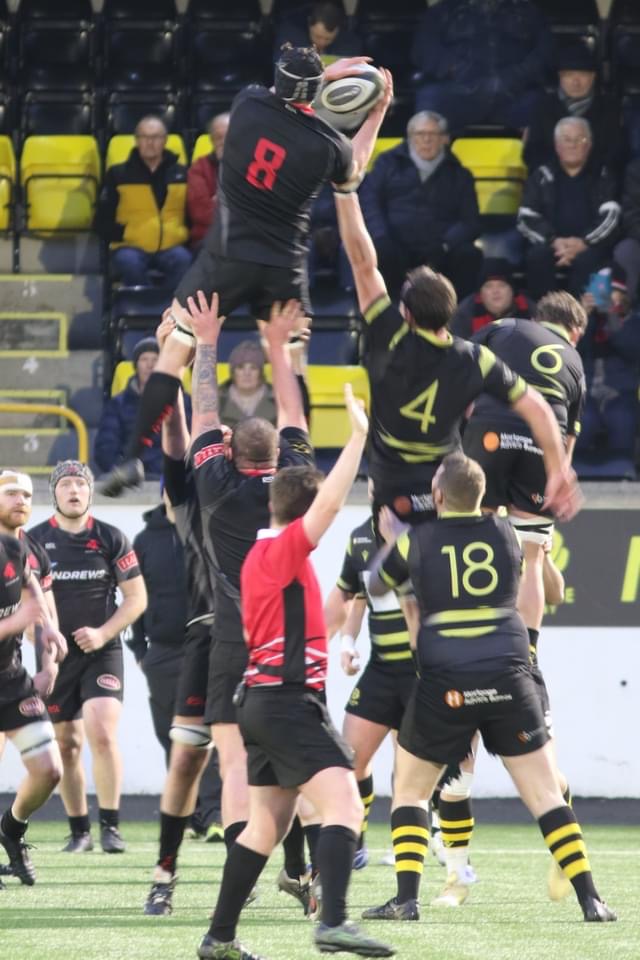 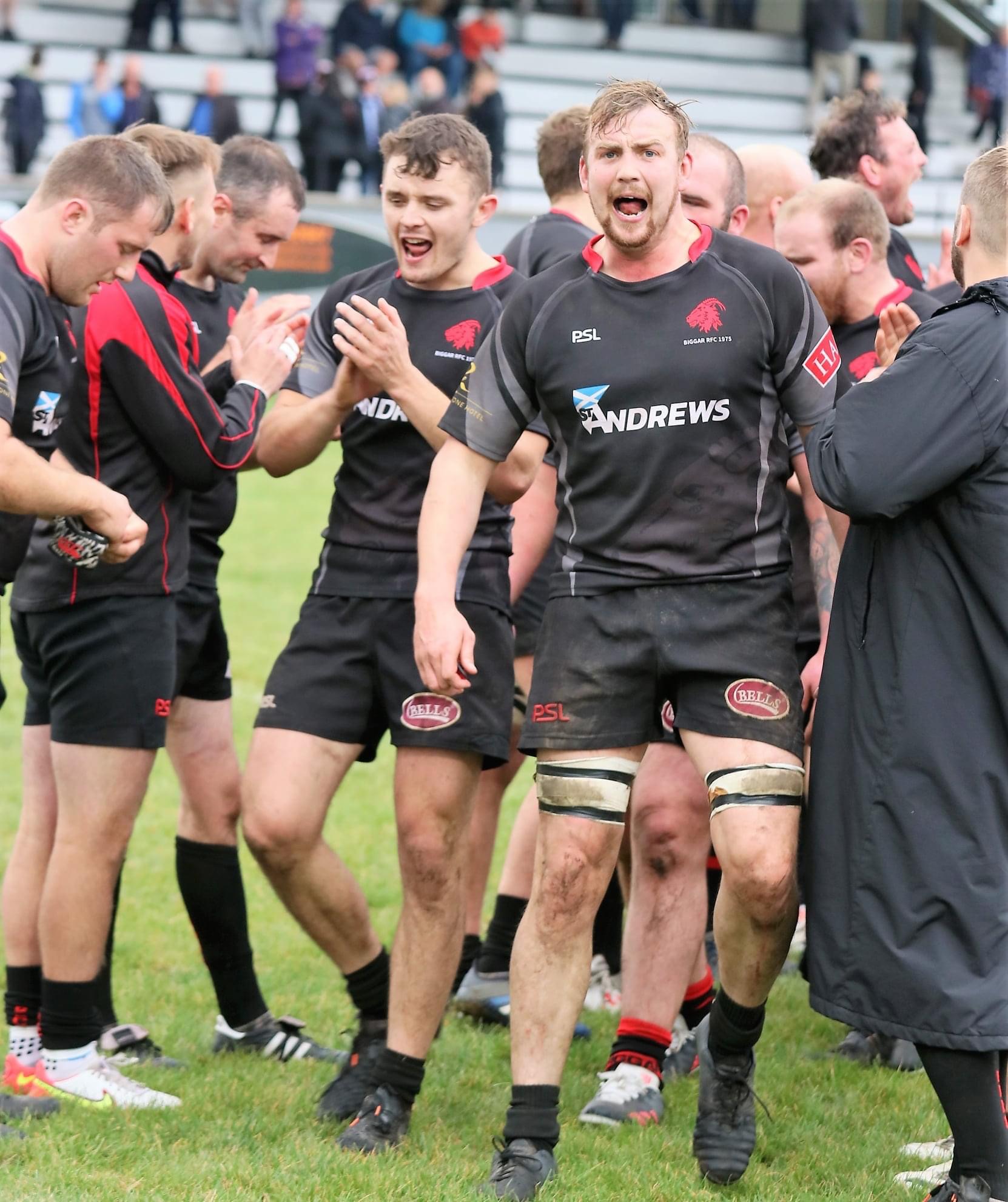 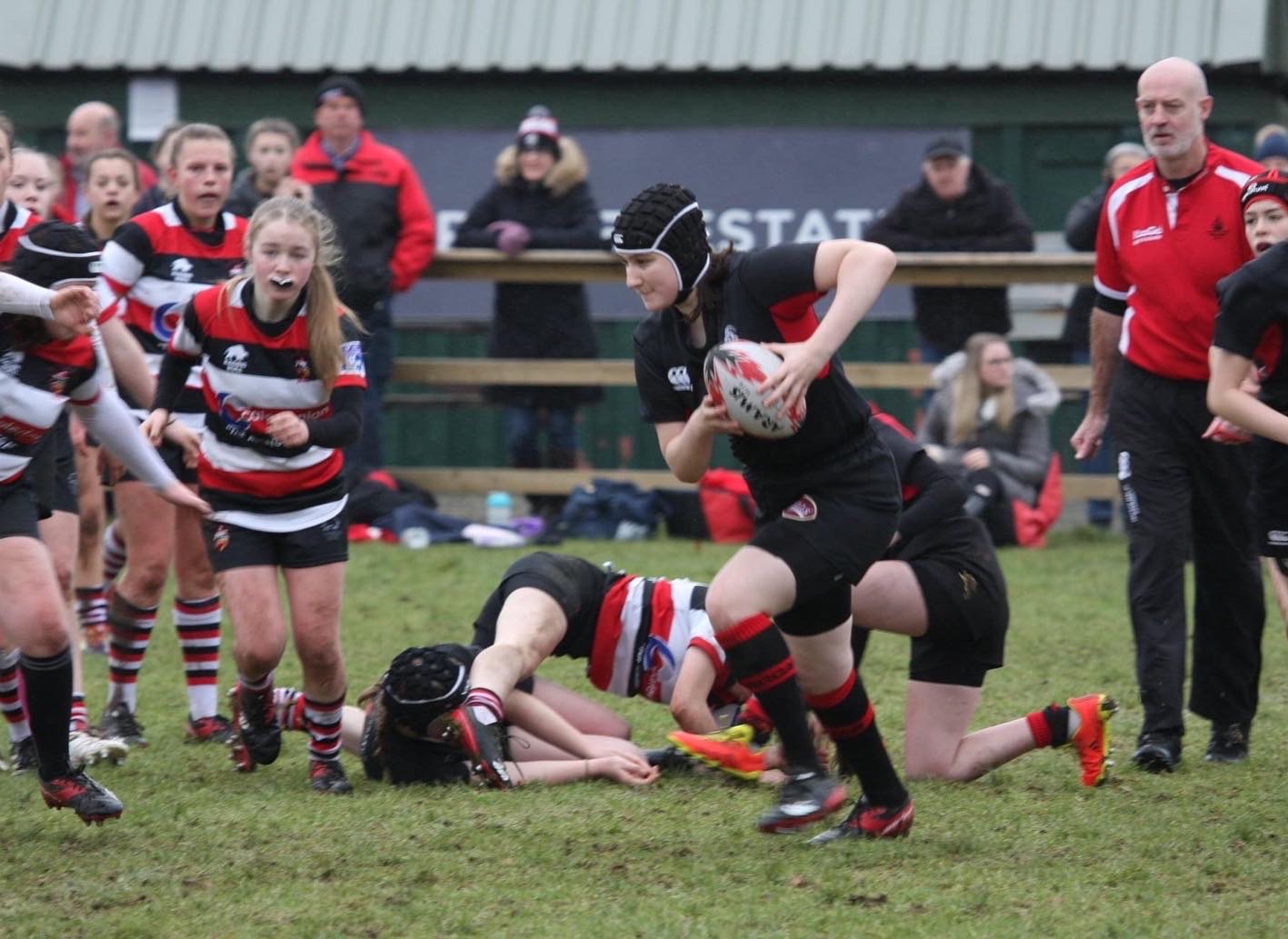 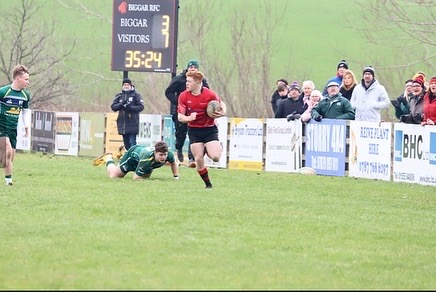 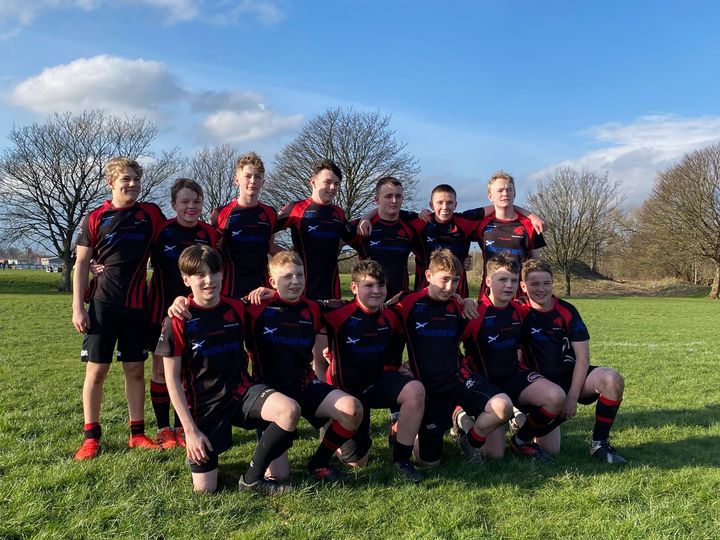