Biggar RFC has always had a strong U18 set up and has enjoyed many a success at this age group. Whenever possible the U18 program will feature two U18 squads although this is totally dependent on playing numbers which need to be in the region of 35-40 to allow this to work.

For season 2021/22 the U18s compete in the National Club Conference A against Ayr/Wellington, Currie, GHA and west of Scotland. As yet we are not sure of what the second half of the season will look like.

Training for the colts is on a Tuesday and Thursday evening from 6.30pm – 8pm which fixtures played on a Saturday.

Like all other sections we welcome any new players regardless of ability and experience.

For season 2021/22 the coaching team will include Calum Taylor, Graeme Watson, Craig Whitefield and Mark Yates.

A pleasing return to competitive action for the Colts squad after the weather had disrupted fixtures for over a month. A clinical attacking performance ensured Biggar recorded an important bonus point win that books their place in the tournaments Semi Finals.

A tough pool stage tie against a Cartha squad who had reached the later stages of the National Cup beating the likes of Boroughmuir on their way. However, the Colts delivered a fantastic defensive performance to start their West Region Cup campaign with a win. Outstanding performances came from try scorer Michael Girdler, Jamie Tucker and man of the match Murray lean. Next up for the colts squad is an away fixture with Whitecraigs.

The score line may suggest otherwise but this was a positive performance from the colts squad. An even game at half time with the colts defence and work ethic matching that of Stirling County. However the physicality of the Home side overwhelmed Biggar in the last quarter ensuring Biggar left Bridgehaugh with nothing to show for their efforts. Focus will now turn to the West Region Cup for the U18 squad who will have aspiration’s to go all the way in this tournament.

A midweek fixture that had previously twice been delayed due to frozen pitches but worth the wait for the colts squad who returned to winning ways with a bonus point victory. this victory ensured the squad a top 4 finish with a few games remaining.  The Colts squad would finish their Shogun conference campaign against Stirling County.

A steep learning curve for our young colts squad the majority of which will still be aged for colts again next year so it was always a big ask to travel to league leaders Ayr. A couple of early tries for the hosts seemed to effect the confidence of the Biggar Lads who had previously pushed Ayr all the way at Hartree. The game finished with the colts on the wrong head of a harsh score line but the squad will learn from the match and the experience will build character throughout the squad. A quick reaction is needed as the squad travel to Perthshire next weekend.

After a frustrating result at Meggetland last weekend the Colts squad returned to winning was with a home victory over Highland RFC. The 2 sides shared the points when they met previously at Canal Park in both wet and windy conditions. However this time Biggar prevailed picking up valuable points in the league table. The Colts currently sit 4th in the Shogun conference with a key fixture coming next weekend against league leaders Ayr RFC.

Unfortunately the Colts were unable to replicate there brilliant performance under the lights at Hartree in the opening round when they defeated their Edinburgh rivals. However this time around it was the men from Meggetland that took the points. The squad will look for an instant reaction when they host Highland next week in what is a must win match to keep hopes of qualifying for the Scottish cup alive.

Another 5 points at home against a Hamilton squad struggling for numbers seen the Colts rise to 3rd in the table. Over the last 3 the squad had scored over 200 points however Head Coach Andy Barnett is fully aware next weekends home tie with Stirling will be a different challenge altogether.

Another 60 points scored as well as a strong defensive performance seen the colts earn their first victory on the road this season. Andrew Lamb impressed in the centre scoring 4 tries and halfbacks combo Archie Damer and Euan Laing continue to develop their partnership together.

An outstanding home performance that seen our Colts squad flow in attack as well as hold a resilient Perthshire team to nil. A back row of Sam Taylor, Jonny Smith, and Ewan Mithcell were fantastic all afternoon in both attack and defence and winger Michael Girdler continues to impress with his try scoring form and tactical understanding. A crucial 5 points in the league for the colts that will hopefully act as a starting point for a good run of form.

A fantastic advert for youth rugby with both sides playing some fantastic rugby. Despite the defeat lead coach Andy Barnett took many positives from the performance and was impressed with how his young squad competed with an older more experienced opposition.  With a win, a loss and a draw in the opening 3 rounds the colts squad has had mixed start to the season but there is enough encouraging signs there to suggest performances will start to be replicated by results.

A game that was placed on the back f a 4 hour bus journey as well as in tough windy and wet conditions ensured the Colts coaching staffs took positives from the result despite being frustrated it was a draw. The squad will now prepare to host league leaders Ayr in what will be their toughest challenge yet.

A brilliant start to the season for our colts seen  a Friday night victory against last years U18 National Champions. An outstanding second half comeback was enjoyed by a healthy crowd that attended the Friday night lights st Hartree. Biggar’s win was secured by Aaron Millar who finished off a brilliant team try and a touchline conversion from Callum Mcallum who was reliable of the tee all night. Next up is a tough trip to Inverness to face Highland. 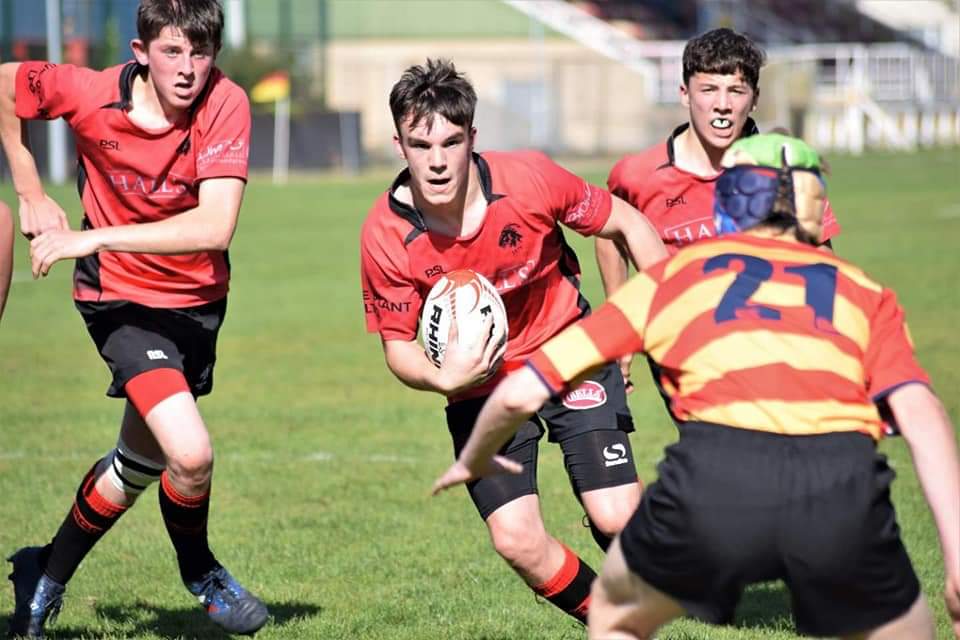 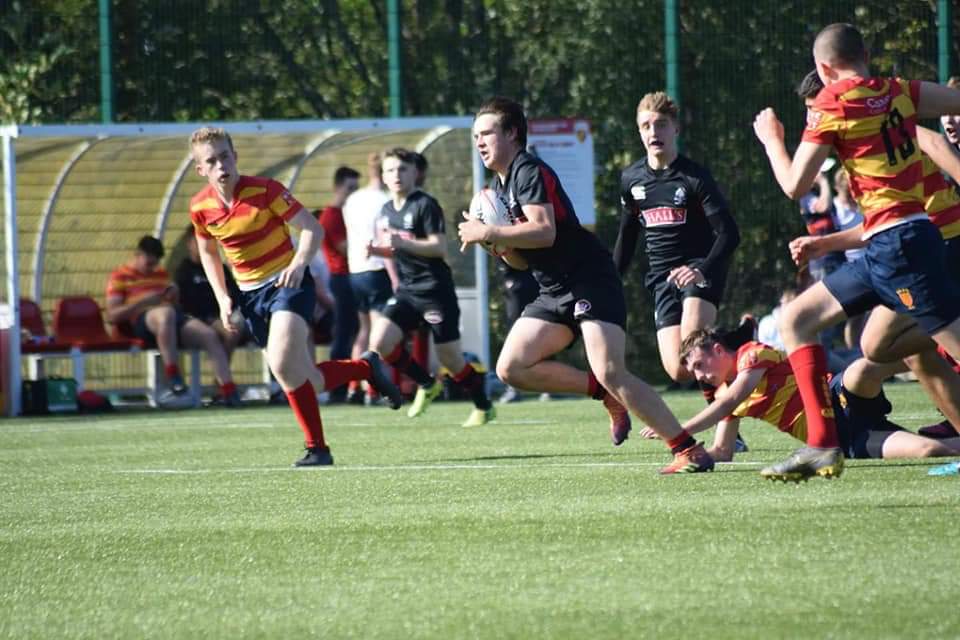 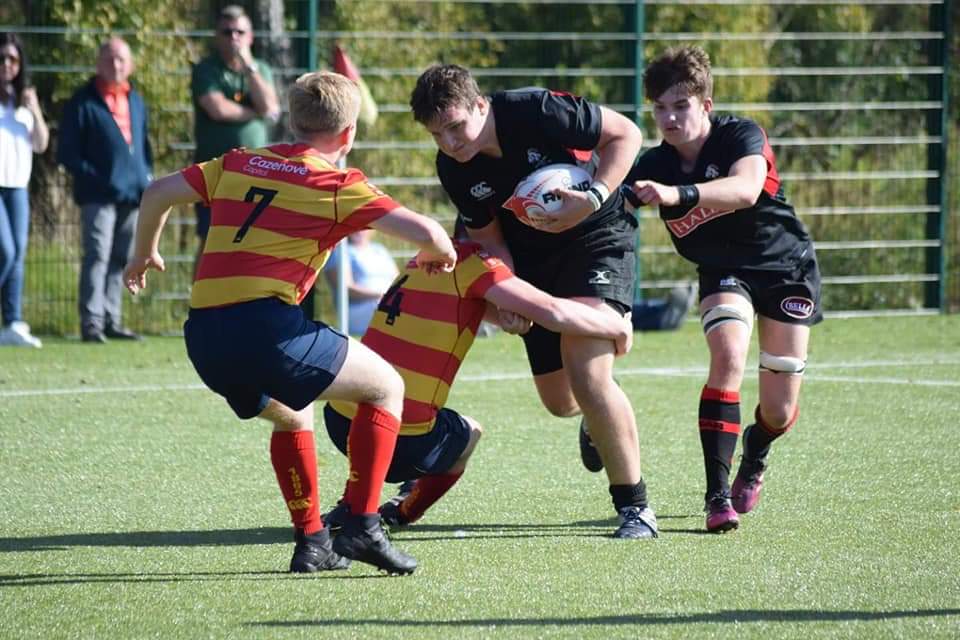